Robert Bernasconi is Edwin Erle Sparks Professor of Philosophy and African American Studies. He came to Penn State in 2008 from the University of Memphis. Before that he taught at the University of Essex in England. In addition to his work in nineteenth and twentieth century European philosophy he has written essays on Otttobah Cugoano, Frederick Douglas, Antenor Firmin, W. E. B. Du Bois, Alain Locke, and Frantz Fanon. He has written extensively in critical philosophy of race and his essays include: “The Policing of Race Mixing,” “Nature, Culture, Race,” and “Race as a Border Concept.” In a number of essays he has challenged the way that the philosophical canon since the time of has excluded or marginalized non-Western philosophy. He has been especially active in exposing the racism of such canonical philosophers as John Locke, Kant, Hegel, Nietzsche, and Heidegger, and Arendt. He is the editor or co-editor of some thirty books on race and is a founding editor and is the current editor of the journal Critical Philosophy of Race. 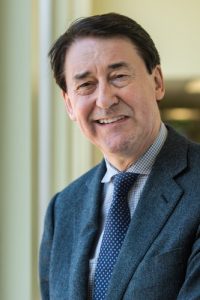